funk at your fingertips 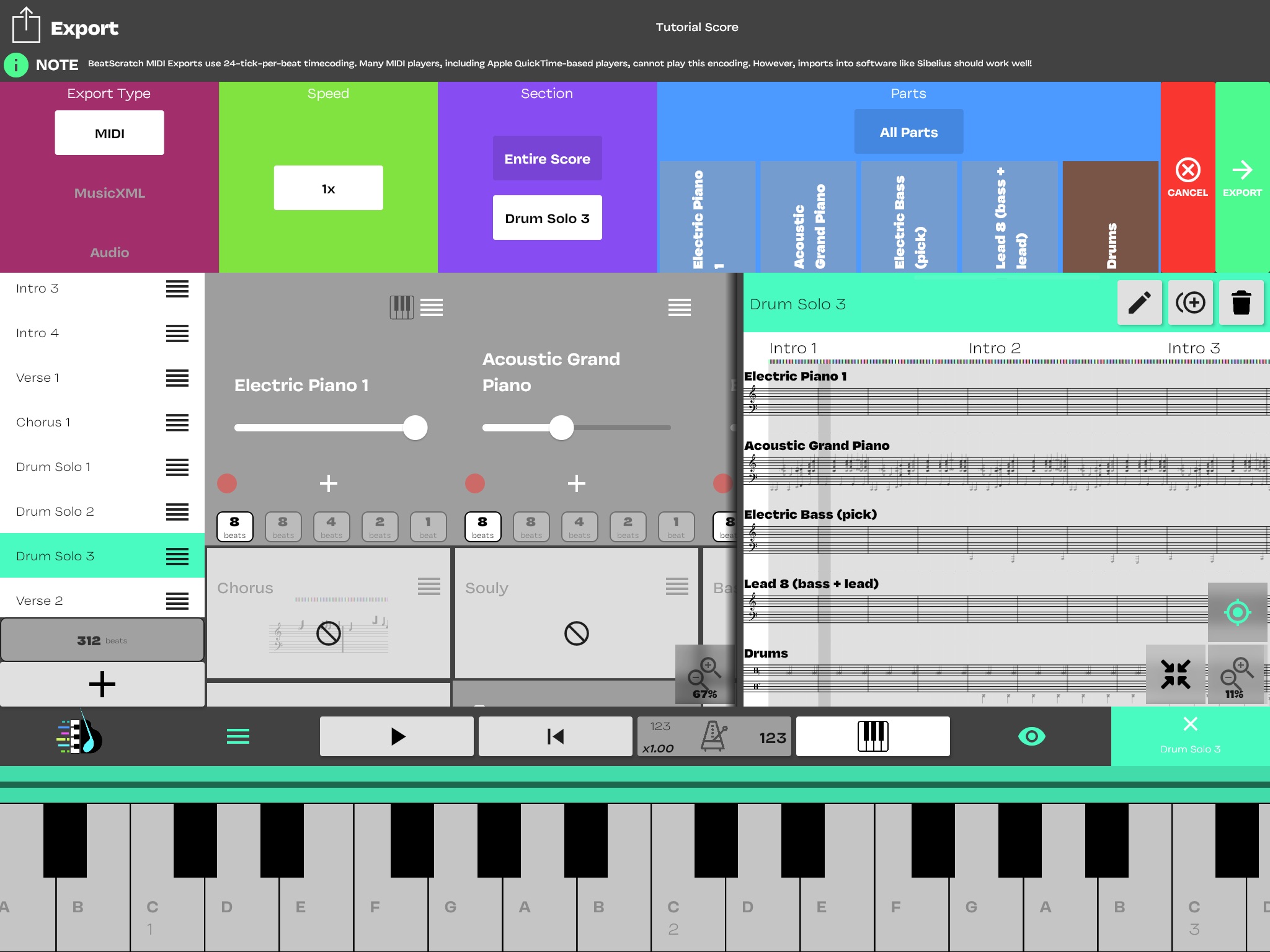 BeatScratch is not yet another keyboard app. BeatScratch turns the phone in your pocket into an instrument that can be used to play any song you could want to play, and to make it sound good.

In fact it's five instruments in one, all of which can play whatever you want on top of whatever chords you want, and each of which can be configured to sound like any one of 128 General MIDI instruments.

BeatScratch is built to be the only MIDI drum and backing track controller you'll ever need, with a UI that lets you compose your ideas on your phone faster than you'll be able to learn to play them on your instrument.

BeatFlutter is the codename for the multiplatform (macOS/iOS/Android/Web) Flutter rewrite of BeatScratch (originally an Android-only app). Legacy BeatScratch is on hold and will be replaced with BeatFlutter, though you can still find download links further down this page.

Most docs here have been updated to reflect the pre-release in favor of the legacy app at this point.

Features will generally be initially implemented on macOS first, with equivalent iOS versions dropping a few days later when Apple approves them for TestFlight.

See the Platforms Page for more details on what features are available on your device.

At a high level, whereas the environment for Legacy BeatScratch has been oriented around touching the "page" with your thumbs to edit things, BeatFlutter ditches this entirely to orient towards recording what you play. The "magical" chord-manipulation features from legacy BeatScratch and its retired grandparent Topologica will be added in thoughtfully over time to make them as accessible as possible.

Not all of the below features are available yet in BeatFlutter. But they will be.

BeatScratch Legacy is the first-of-its-kind Android-exclusive Anko/FluidSynth-based music environment built on the idea of creating harmonies from graphs of chords. BeatScratch Legacy's graphical harmony features have not yet been ported to BeatFlutter. 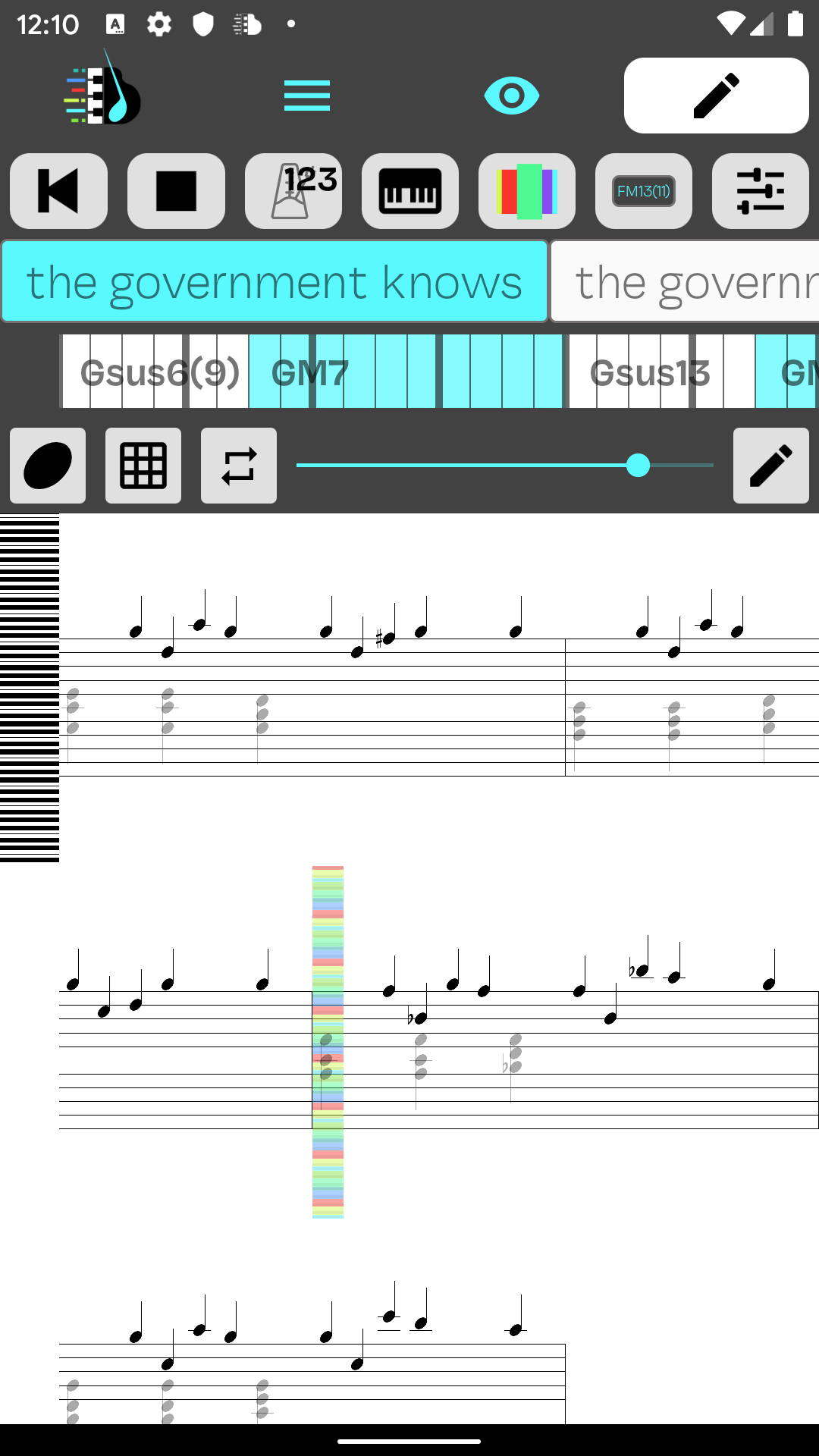 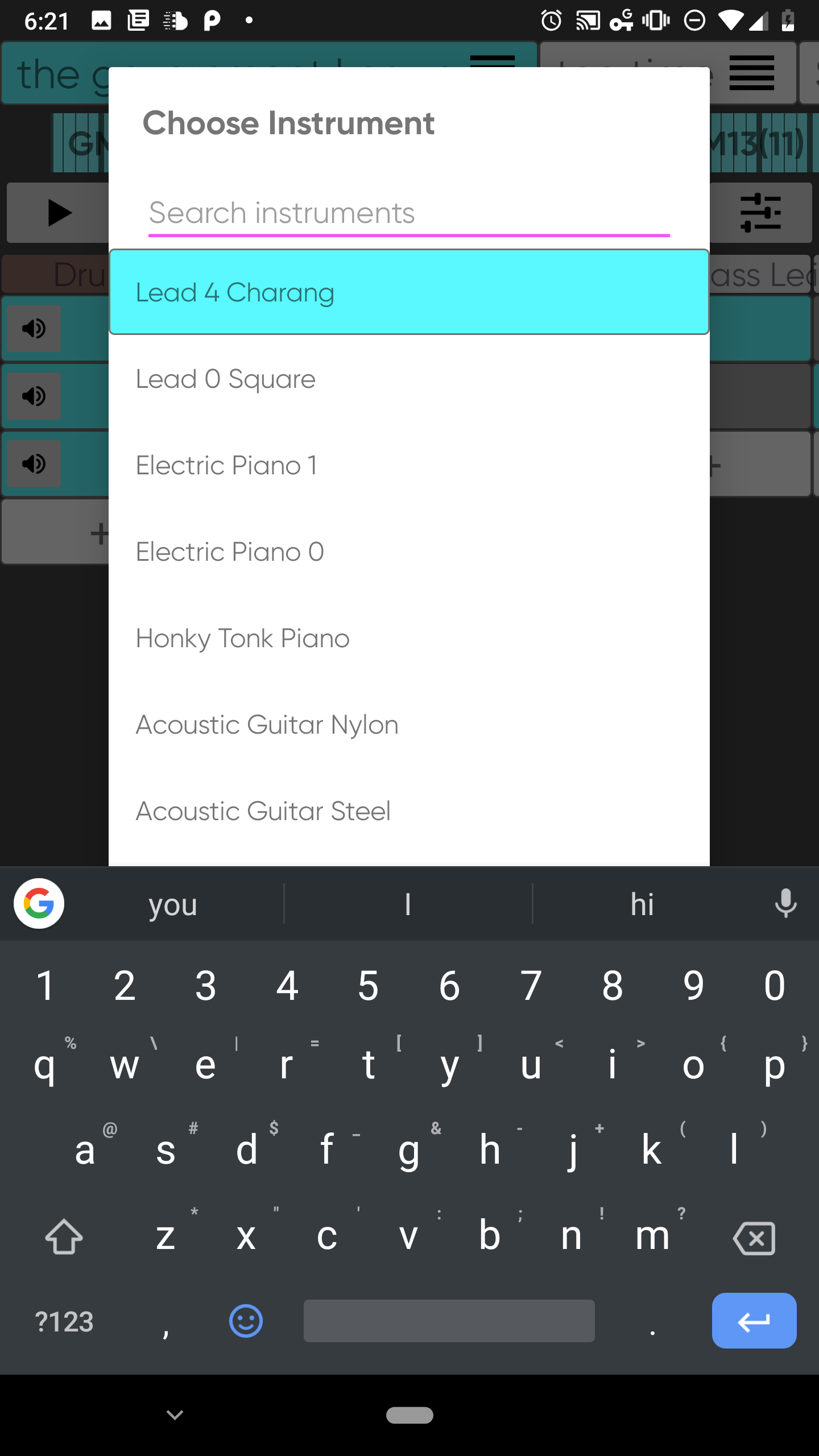 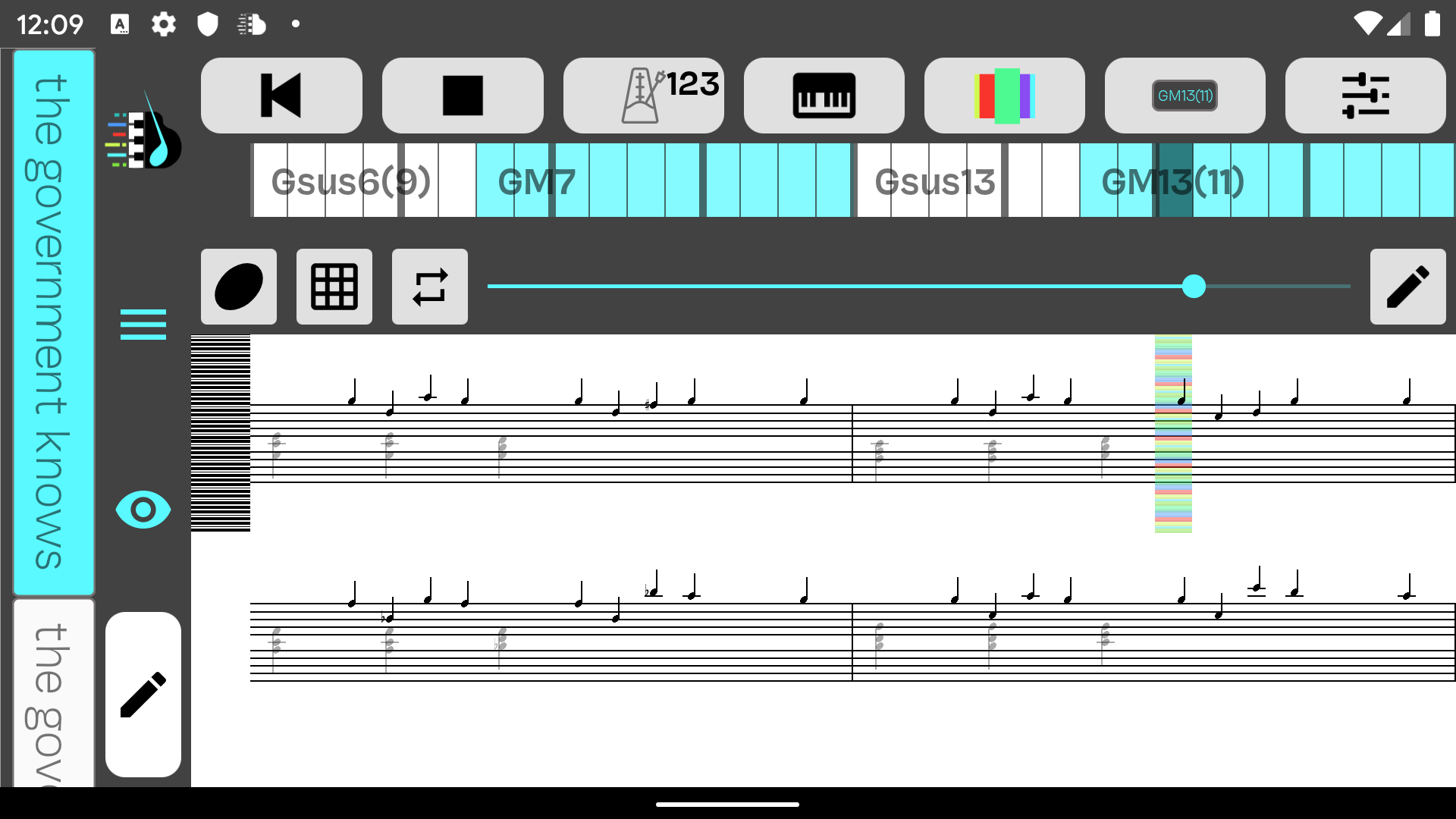 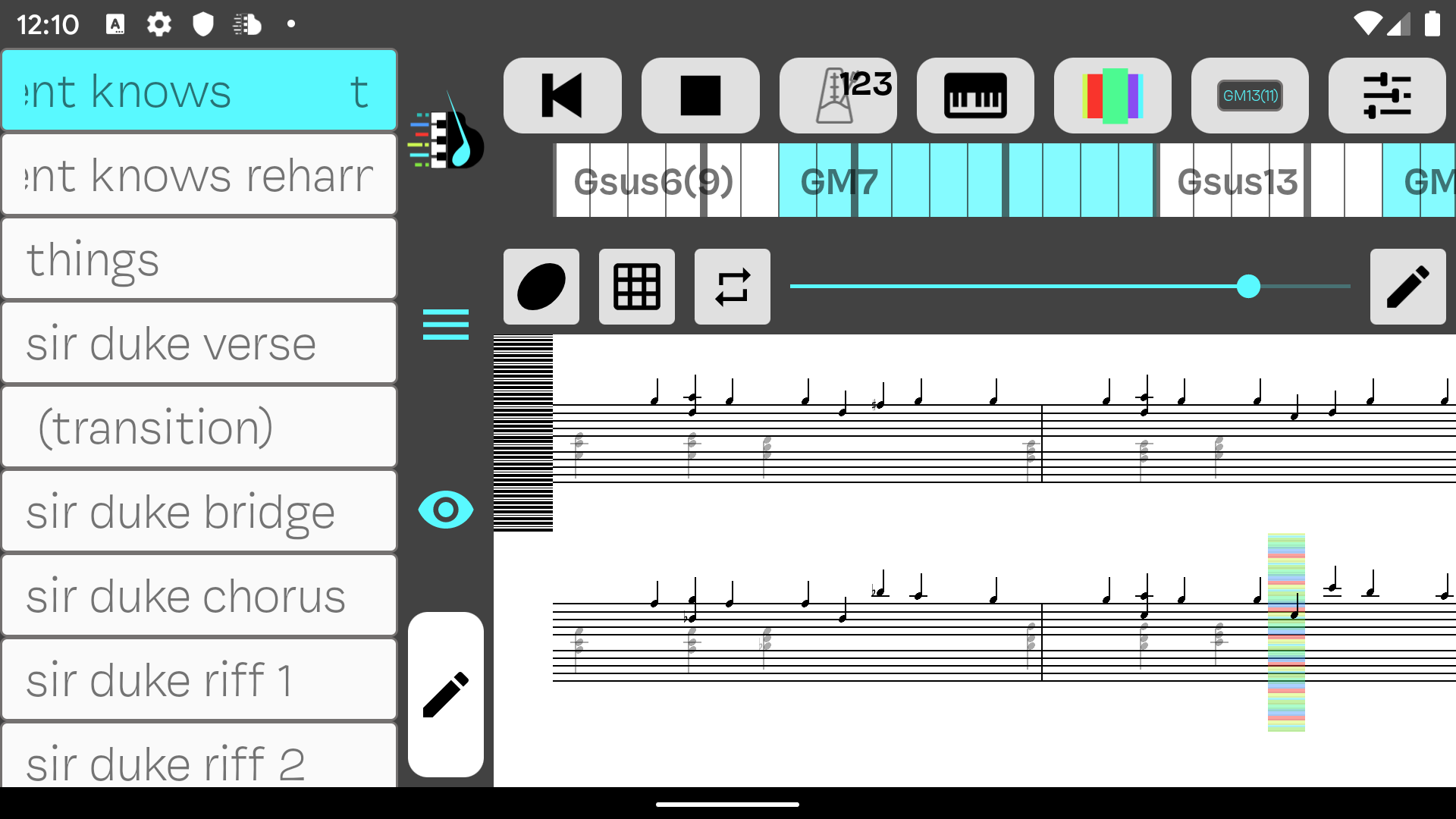 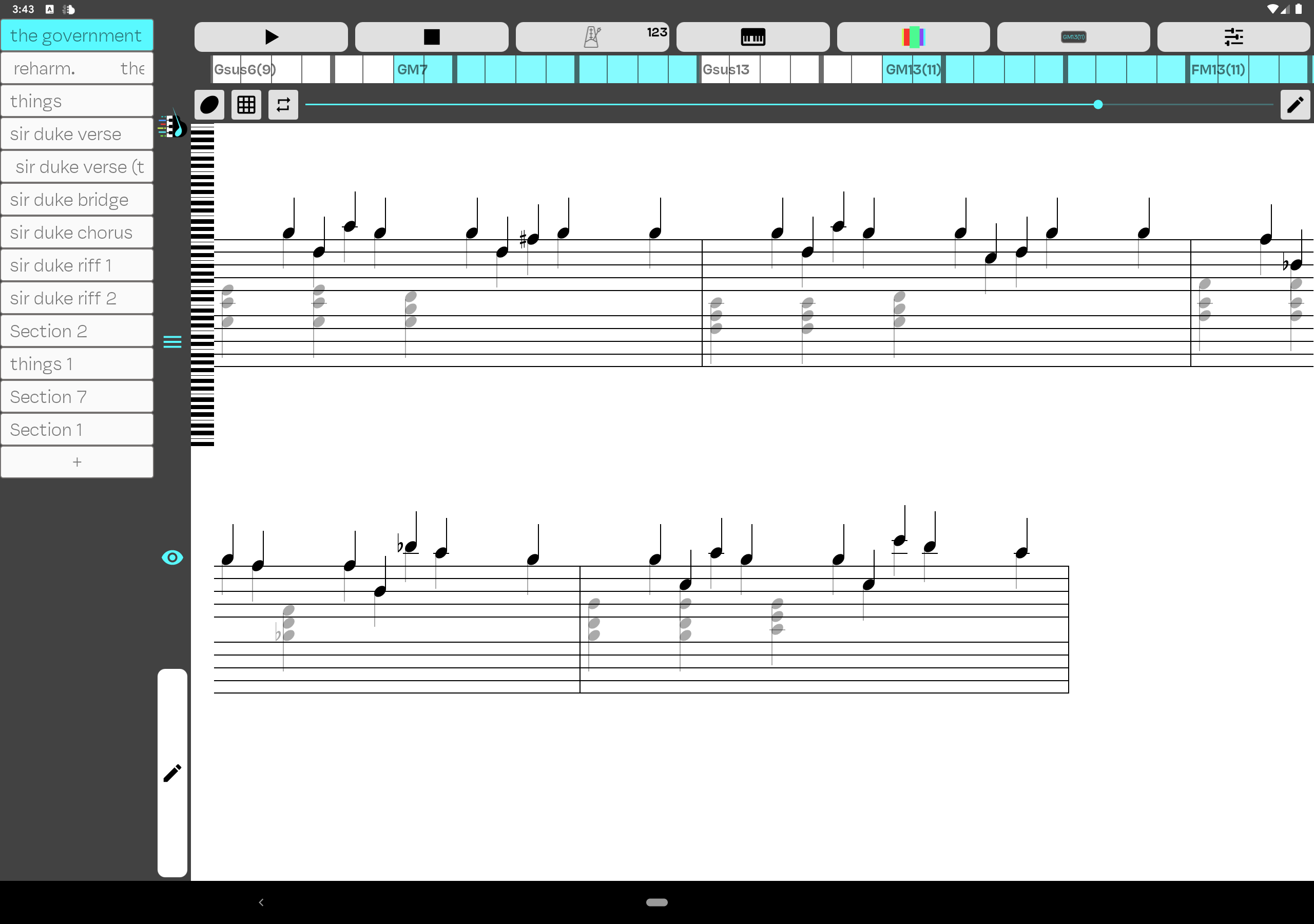